A downloadable game for Windows, macOS, and Linux

After the fall of civilisation, the City is the only thing still standing.

Outpost Alcyone : the Nihility spread across the universe at close to the speed of light, unmaking & twisting everything it encountered. We had enough warning to protect ourselves as we saw the distant stars flicker out one by one. Alcyone's old name was forgotten and became simply the City.

Shielded and walled away from the decimation and destruction of the void outside, inhabitants have lived for centuries with the serenity provided by the City's protection. Governed under the benevolence of the Six Ruling Houses, humanity continues to demonstrate its tenacity in surviving and adapting to whatever fate befalls it. Normal life continues — after a fashion. We persist.

But the Six are lying to us.

And the Nihility is more than we've been told.

And there's a way out of the City.

Important note about versions on sale:

Your purchase includes cross-platform downloads of the game on three operating systems (macOS — 64-bit; Windows (XP not supported) — 32-bit & 64-bit; Linux — 32-bit & 64-bit) in a single download. Each purchase includes an immediate download of the latest demo build. Buying into the alpha or beta will also give you immediate access to those versions when the respective testing period begins.

Essentially, if you want to get involved early & help test and shape the direction of development, the alpha or beta tiers will allow you to do so. These pricing tiers reflect the pledges available through the May 2017 Kickstarter campaign so they're a great opportunity to get involved with the game if you missed out during the crowdfunding period — or pre-order the full version when it's released and help support Alcyone's development now.

Check out the free demo below before you decide to purchase & get in touch if you have any feedback, issues, or questions. Thanks tons for your support!

Alcyone: The Last City (pronounced Al-Sigh-O-Knee!) is a sci-fi interactive fiction game set in the last City in the universe. What's "interactive fiction?" It's sort of if you combine a novel and a video game into one — you choose the direction that the story takes and your choices heavily impact the plot, characters, and its ending.

Centuries before the beginning of Alcyone, experiments with hyperspace and faster-than-light space travel ended up destabilising and destroying the universe as humanity knows it. Now, in the game's present, all that is left is Alcyone itself — its old name has long fallen out of use, and its residents refer to it as just "the City."

The City is governed by the Six Ruling Houses who oversee a very strict class & caste system — the rich have everything, and the poor fight for what they can. Movement and travel are heavily restricted and even the wealthy are scraping by as best they're able. The City's climate is a tinderbox ready for a spark — and then you come in.

The player steps into the shoes of a "rebirth." Inhabitants of Alcyone don't exactly die and can be reborn several times in cloned bodies with downloaded memories. Are you from the ruling caste, or was your background simpler? The choice is yours, and that choice is one of many that will dramatically impact your progression in the game.

Alcyone has been inspired by narrative-heavy video games like Killing Time At Lightspeed (Gritfish) & Fallen London (Failbetter Games, who have also graciously provided Alcyone their blessing), as well as sci-fi space operas like Revelation Space by Alastair Reynolds and Pandora's Star by Peter F. Hamilton. It includes gorgeous hand-painted digital artwork by Peak Distapan and a full-length soundtrack composed by Michał Korniewicz.

Alcyone is in active development with a planned release coming soon. More information can be found at alcyonegame.com or on the Kickstarter page.

In order to download this game you must purchase it at or above the minimum price of $4.99 USD. You will get access to the following files when they are released:

StickyBeta Release Thread
by Joshua Meadows · 19 posts
242d
StickyAlpha Release Thread
by Joshua Meadows · 14 posts
3y
No Turn off Music option?
by Daza · 2 posts
3y
Demo will not download for Win64 version
by Daza · 4 posts
3y
There is a name for your creation's genre already.
by Maxime Martyr · 7 posts
3y
Question About the Contents of the Files Currently Uploaded to itch.io
by arashikou · 4 posts
4y
Help running the demo
by Alterion · 4 posts
4y
Post a new topicView all posts 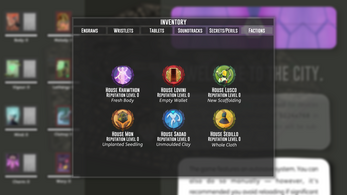 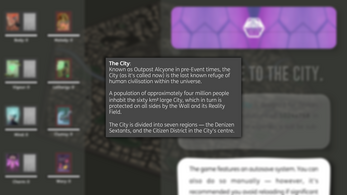 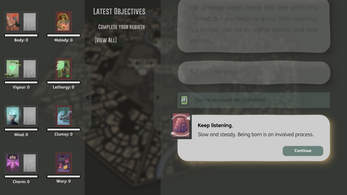 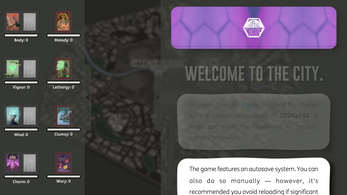 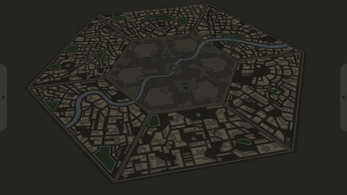 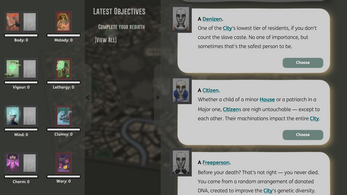 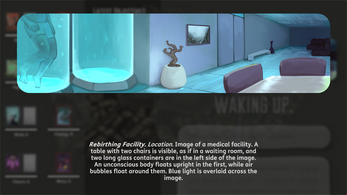 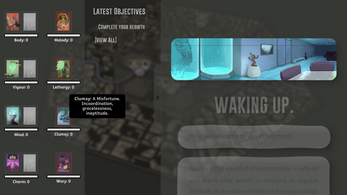